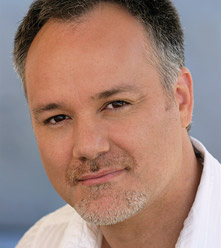 Beginning his professional operatic career in 1996 as a studio baritone at Chautauqua Opera, Alan E. Hicks achieved success as a singer and teacher before turning his attention to stage direction ten years later. As his profile in the profession has continued to grow, Alan has added award-winner, published author, and administrator to his list of accomplishments.

From 2002 until 2006, Alan served on the faculties of the internationally acclaimed Actors Studio Drama School and American Academy of Dramatic Arts, both in New York City. His former students have performed on Broadway, in national and international tours, on all major television networks, and in major motion pictures. Until 2008, Alan maintained studios for singers and actors in New York City and Austin, TX, and, in 2005, produced a master class with musical theatre composer and Broadway veteran Andrew Lippa. Alan has taught master classes throughout the United States and served as interim Director of Opera Workshop at Sam Houston State University (TX). Most recently, Alan was a Visiting Assistant Professor at the University of Iowa where he staged three shows during the 2011-12 school year. In addition to directing and teaching duties, Alan authored a book entitled Singer and Actor: Acting Technique and the Operatic Performer. The book, published by Amadeus Press (Hal Leonard Corporation), is available in bookstores worldwide as well as over 140 libraries across the globe.

As a director, Alan’s work has been described as “imaginatively directed,” “most effective,” “gorgeous,” “maturely-realized,” and “real magic.” Alan’s first full production – a new production of Carlisle Floyd’s Susannah conceived and directed for the University of Texas at Austin – won First Prize in the 2007-2008 National Opera Association’s Opera Production Competition. In 2010, Alan created and directed an abridged touring production of The Elixir of Love for Tulsa Opera and remounted the same production in 2011. He has directed new productions of Orfeo ed Euridice for Palm Beach Opera’s Resident Artist Program, Carmen at Opera in the Ozarks, and The Turn of the Screw (2nd Place in the 2011-2012 NOA competition and winner of The American Prize in Opera Performance for 2013) andRoméo et Juliette at the University of Iowa. He made his Austrian directing debut in 2012 at the helm of Le nozze di Figaro and returned to Salzburg in 2013 to direct Don Giovanni. In 2013, Alan designed and directed a new production of La Traviata for Center City Opera Theater (a co-production with the Gulf Coast Symphony (FL)) and led workshops of new works, Satan’s Bride: Maren of Vardøand A Woman in Morrocco. Committed to the building of future opera audiences and the continued growth of the art form, Alan wrote and directed a new educational show entitled A Recipe for Opera which toured Philadelphia-area schools. Alan has served on the production staffs of Central City Opera, Chautauqua Opera, Florida Grand Opera, Michigan Opera Theatre, Tulsa Opera, and joined the staffs of New York City Opera and Green Mountain Opera Festival in 2013. Alan joined the staff of Seattle Opera for their 50th anniversary season and has been appointed Director of the Emerging Artist Program at Green Mountain Opera Festival beginning 2014.

A native of Mississippi, Alan is a member of Actors’ Equity Association (AEA) and the American Guild of Musical Artists (AGMA).