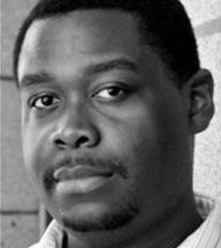 DaRell Haynes is a recent graduate of The Chicago College of Performing Arts at Roosevelt University, receiving a MM under the tutelage of Richard Stilwell and Samuel Ramey. At CCPA he was seen in Les Mamelles deTirésias as Le Directeur, L’enfant et Les Sortileges as Le Chat and in Rita as Gasparo. He has performed in Main Street Opera’s productions of The Telephone (Ben) and Susanna’s Secret (Count Gil), in Chicago Opera Theater’s PopUp Opera as Schaunard in La Bohème. and as Raimbaud in Katydid Productions’ Le Comte Ory. Future engagements include Alidoro in La Cenerentola with Lyric Opera of Chicago’s outreach program, Opera in the Neighborhood.