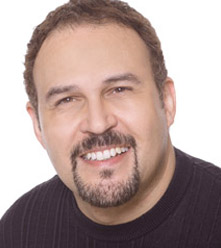 Baritone Grant Youngblood is an established star on the opera and concert stage. His performance in Rigoletto was praised by the Washington Post as “brilliantly sung and acted”. Career highlights include Escamillo in Carmen for Opéra de Monte Carlo’s 2000 Tour of Japan; Sharpless in Madama Butterfly with San Francisco Opera, and Rigoletto for Florida Grand Opera. He performed Valentin in Faust with Portland Opera and Minnesota Opera, Count di Luna in Il Trovatore with Virginia Opera, and his signature role of Germont in La Traviata with companies across the United States.

Mr. Youngblood debuted with the San Francisco Symphony at the Stravinsky Festival under that baton of Michael Tilson Thomas. He has performed Copland’s Old American Songs with the Los Angeles Philharmonic and the Delaware Symphony, and Handel’s Messiah with the Philadelphia Orchestra and the Louisville Symphony. His international debut with the Jerusalem Symphony Orchestra included the Fauré Requiem and Schubert’s Mass in E-flat Major for their Liturgica Festival. He recently performed as baritone soloist in Mahler’s Symphony #8 with the Grand Rapids Philharmonic.

Mr. Youngblood recently received the Richard F. Gold Career Grant from the Shoshana Foundation and was recognized by the Metropolitan Opera National Council.