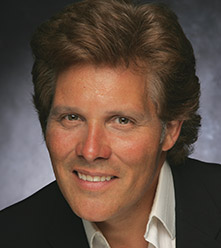 Lyric baritone Jeff Mattsey made his operatic debut in 1986 as Marcello in La Bohème with the Opera Company of Philadelphia. He joined the roster of the Metropolitan Opera in 1997, and made his house debut in 1998 in the production of Les Contes d’Hoffmann. Mr. Mattsey made his European debut as Marcello in Modena, Italy, and then appeared again in La Bohème, as Schaunard, in Genoa, Beijing, the Deutsche Oper Berlin, and the Teatro Colón in Buenos Aires, Argentina. Recent engagements include Papageno in The Magic Flute with Vancouver Opera, Valentin in Faust with San Diego Opera, the title role in Eugene Onegin with the Indianapolis Opera, Figaro in The Marriage of Figaro with Cleveland Opera, A Little Night Music with the Utah Opera, and the title role in Don Pasquale with Boston Lyric Opera.