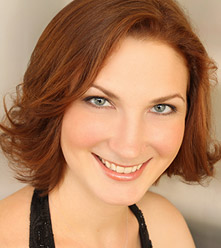 Hailed as having a voice of “arresting color” (Cincinnati Enquirer), mezzo-soprano Julie Anne Miller has appeared as a soloist with many orchestras and in many major concert halls across the country. Some of her appearances include performances with the Cincinnati Symphony Orchestra, the Grant Park Music Festival and the Ravinia Festival. Last season, Ms. Miller appeared at the Lyric Opera of Chicago as Emilia in (Otello), Annina (La Traviata) and Ida (Die Fledermaus), and she looks forward to returning there in 2015 to sing the role of Krystina (The Passenger). As a Danis Wilson Apprentice, Ms. Miller sang the role of Jo in Little Women during the 2011 Opera Festival.