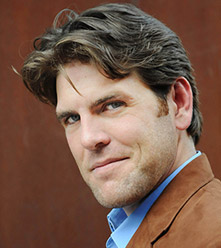 Originally from Conroe, Texas, baritone Michael Mayes has performed with opera companies throughout the United States, receiving critical acclaim for his portrayal of complex characters such as Elder Thompson in the World Premiere of Glory Denied, Verdi’s tortured Rigoletto, and his powerful Joseph De Rocher in Dead Man Walking, a role in which his performance has been described as “an experience those who saw it will never forget.” Upcoming he sings the role of Adam in the new opera The Canticle of the Black Maddona, debuts the role of Sharpless in Madama Butterflyin a return to Michigan Opera Theater, and reprises his Joseph De Rocher with Opera Parallèle. Recent triumphs include his much anticipated role debut of Rigoletto with Boston Lyric Opera, his debut with Gotham Chamber Orchetra inBaden-Baden 1927, and Escamillo in Carmen with Pensacola Opera.