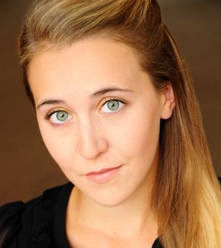 This season Natalie made her company debut with New York Lyric Opera as Le Feu in Ravel’s L’enfant et les sortilèges. Recently she performed the role of Dalinda in Dramma Per Musica’s production of Handel’s Ariodante and Papagena in Opera Oggi’s production of Mozart’s Die Zauberflöte. Natalie graduated from the University of Cincinnati College-Conservatory of Music with her Bachelor and Master’s degrees in voice performance. While there, she performed the roles of First Spirit in Die Zauberflöte, Young Vixen in Janáček’s The Cunning Little Vixen, Miles in Britten’s The Turn of the Screw, and Gasparina in Haydn’s La Canterina.