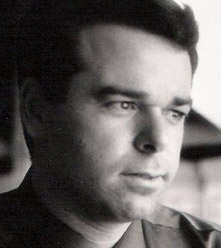 Israeli-born Tomer Zvulun is currently on the directing staffs of the Metropolitan Opera(Iphigenie en Tauride) and New York City Opera (King Arthur and Falstaff). Those positions follow two consecutive seasons as a resident stage director for Seattle Opera. In addition to his work in New York and Seattle, recent career highlights include directing La bohème for Opera Cleveland, Hänsel and Gretel for Nashville Opera Tour, The Marriage of Figaro and Hänsel and Gretel for Chattanooga Opera, and the alternative casts for Seattle Opera’s productions of Der Fliegende Holländer and Der Rosenkavalier. In 2008-2009 Mr. Zvulun will direct Der Fliegende Holländer in Atlanta and Die Fledermaus at Dallas Opera, as well as a new production of Elixir of Love for Sugar Creek Symphony & Song. He will also return to the directing staff of the Metropolitan Opera to work on the new productions of La Rondine and Lucia di Lammermoor. Additional future engagements include returning to Opera Cleveland in spring 2010, returning to Seattle Opera as an associate director for Wagner’s completeRing Cycle in 2009, and directing a new production of Lucia di Lammermoor to open the 2011 season inSeattle.