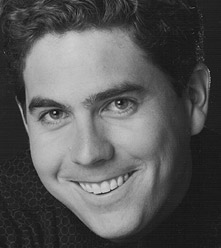 William Bennett joined the Chicago Opera Theater Young Artist Program covering the role of Lechmere in Benjamin Britten’s Owen Wingrave, and recently solidified his transition from baritone to tenor as Tamino in The Magic Flute with the Lyric Opera of Chicago’s “Opera in the Neighborhoods” program. He sang the role of Papageno with the Chicago Symphony in several Kraft Family Series concerts and spent three summers at theChautauqua Institute Voice Program where he performed Don Alfonso in Cosi fan Tutte, Benoit/Alcindoro in La Bohème and Baron Duophol in La Traviata. He also performed the role of The Officer in Il Barbiere di Siviglia as part of the Young Artist Program at Cedar Rapids Opera. Mr. Bennett sang the roles of Remendado in Carmen and Freddy in My Fair Lady at the Ash Lawn Opera Festival in Charlottesville, Virginia, the home of his alma mater, The University of Virginia.