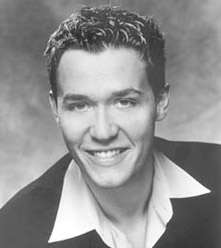 A native of Danville, Illinois, Justin Vickers was praised by the Washington Post for his “emotionally charged delivery” in his portrayal of the title role of Idomeneo at Wolf Trap Opera. Mr. Vickers has also performed the Ballad Singer in Of Mice and Men with Washington Opera and the Italian Singer in Der Rosenkavalier with Minnesota Opera. Outside the US, Mr. Vickers has performed with Festival de Mallorca and the Festival Internacional de Moia de Bages in Barcelona. He is a graduate of the University of Illinois and the University of Kentucky.