Founded in 2002 by Soprano Helen Todd, Sugar Creek Opera (formerly Sugar Creek Symphony & Song) will celebrate its 16th Season in July 2018. Ms. Todd’s dream was to bring world class, professional opera from the city to the countryside of Iroquois County. Today Sugar Creek Opera (SCO) is the only professional opera company in Illinois, outside the City of Chicago. It serves opera aficionados throughout Illinois, Indiana and across the Midwest. Sugar Creek Opera, headquartered in Watseka, IL, is a 501 (c)(3) non-profit organization in accordance with the IRS. SCO is a Tier 4 opera company and a member of Opera America. Each summer during its annual opera festival, a cast of renowned professional singers, conductors and stage directors travel to Iroquois County to create dynamic opera production of the highest professional standards.

Sugar Creek Opera is a member of Opera America. 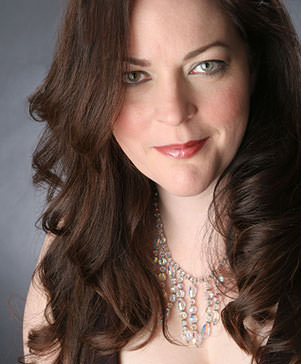 In 2002, Helen Todd founded Sugar Creek Symphony & Song, a summer opera and classical music festival that now takes place each August in Watseka, Illinois, the town where she was born and raised. Each year she strives to create festival musical experiences that will please the growing cadre of opera aficionados in her hometown, as well as attract arts lovers from across the US and beyond.

As a soprano, Helen has an international reputation for performing the roles of intense and ruthlessly powerful women, both in classical and 20th century music. She has wowed audiences as Madame Mao in Nixon in China at Minnesota Opera, as well as the hysterial Aunt Lydia in The Handmaid’s Tale at Canadian Opera Company.Helen recently performed the role of Norma Desmond in Cleveland’s mercury Summer Stock production of Sunset Boulevard. Upcoming December 2014, she will perform Turandot with Hong Kong’s Musica Viva; she recently sang the role of Turandot with Minnesota Opera. Listen to excerpts of her performance here.

In 2003, Helen earned national media attention in The New York Times, Wall Street Journal and USA Today for her portrayal of Aunt Lydia in Minnesota Opera’s The Handmaid’s Tale. She went on to perform the role in the Canadian premiere at Canadian Opera Company.

When Helen’s not tending to Sugar Creek business, you can find her performing at many great houses across the US and Canada: