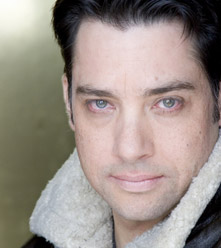 A Native New Mexican, Carlos is one of the most promising young baritones in the operatic world of today, known as an exciting performer full of fire and energy. His repertoire ranges from the vibrant and virtuosic Figaro in Il barbiere di Siviglia and the melodic and beautiful lines of Rodrigue in Verdi’s Don Carlos to the new works of contemporary composers, such as Adams and Adamo. Most recent engagements include Count di Luna in Il trovatore and Nogales in Luisa Fernanda, both with the Washington National Opera; Uncle Salvaor in De Falla’s La vida breve with Dallas Opera; Escamillo in Carmen at Dayton Opera; Papageno in Die Zauberflöte and the title role in Nixon in China with Minnesota Opera; Agamemnon cover in La Belle Helene and the role of Accuser in the world premiere of Bright Sheng’s Madame Mao at Santa Fe Opera; and the title role in Il barbiere di Sivigliawith Opera Roanoke and Lyric Opera of San Antonio.