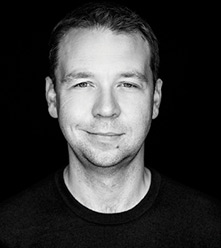 American Stage Director Daniel Ellis continues to garner wide attention for developing new works while bringing innovative and imaginative opera to wider audiences. Mr. Ellis made his European directing debut remounting the Kosky and Andrade’s production of The Magic Flute at the Komische Oper and in March 2017 directed the European debut of David McVicar’s production of Wozzeck at the Grand Théätre de Geneve. Mr. Ellis has worked at leading opera companies in the United States and has had his work Stayed Tuned performed by over 25 leading symphony orchestras in the United States and Canada.