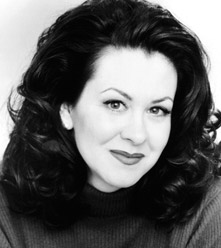 Acclaimed for her “rich and sonorous sound” (Pravo Newspaper, Czech Republic), mezzo-soprano Jane Dutton is in demand for operatic and concert engagements internationally. Regularly engaged by the Metropolitan Opera, during her sixth season on the roster, Miss Dutton performed as Jordan Baker in John Harbison’s The Great Gatsby, which was conducted by James Levine. Her performances in past seasons have ranged from Stephano in Roméo et Julietteconducted by Bertrand de Billy, to Mrs. Gleaton in the Metropolitan Opera premiere of Carlisle Floyd’sSusannah, conducted by James Conlon. She was also responsible for roles in Ariadne auf naxos, Lulu,Madama Butterfly, Rigoletto and in Wagner’s Ring Cycle. She recently added the Composer in Ariadne auf naxos to her repertoire in her first engagement at the San Francisco Opera and was reengaged for Sonjetka in Johannes Schaaf’s acclaimed production of Shostakovitch’s Lady Macbeth of the Mtsensk, conducted by Donald Runnicles. She made her debut at the Tokyo Opera Nomori in Robert Carsen’s production of Elektra, with performances conducted by Seiji Ozawa.