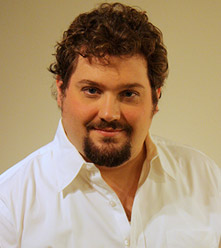 Jeffrey Hartman debuted with Boston Lyric Opera in 2010/11 season as Cavaradossi in Tosca, following a successful run of the same role with Lowell House Opera; he also appeared as Calaf in Turandot. He was praised by the Edmonton Journal for his portrayal of Pinkerton in Madama Butterfly as “the American tenor who can act as well as he can sing!” He also has performed as Rodolfo in La Bohème with Boston Opera Collaborative and Berks Opera Theatre; Edgardo in Lucia di Lammermoor with the New York Opera Singers Association; the title role in Faust with National Lyric Opera; the Duke in Rigoletto with the Westside Opera Society; Alfredo in La Traviata with Connecticut Lyric Opera; and many more.