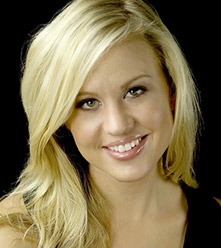 Ms. Clodius earned her Master’s in Vocal Performance at the University of Missouri. She performed in the University’s Show-Me Opera productions of The Magic Flute as Pamina and La Bohème as Musetta. She performed as the soprano soloist in the Southwest Symphony Orchestra’s production of An Afternoon of Lerner and Lowe. In 2010, Ms. Clodius was named Young Artist in the Music Teachers National Association of Singing Competition. Ms. Clodius began singing in high school productions, performing such roles as Cosette in Les Misérables and Maria in West Side Story.