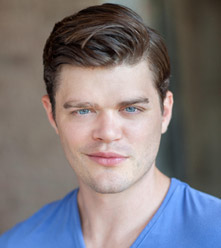 Originally from Kankakee, IL, Brad Benoit traveled around most of the country and Italy pursuing a career in classical music. Brad participated in several prestigious training programs from 2008-2011 at the beginning of his career including Santa Fe Opera, Chicago Opera Theater, Central City Opera, and most importantly with Minnesota Opera.

In the three years he spent in the Resident Artist Program, tenor Brad Benoit sang many roles with Minnesota Opera including Ruiz in Il trovatore, Arlecchino and Lampwick in The Adventures of Pinocchio, Count Almaviva in The Barber of Seville, Gabriele in Casanova’s Homecoming, Lord Cecil in Roberto Devereux, and Gastone in La Traviata, and later as a guest artist from 2012-2015, Le Remendado in Carmen, Pong in Turandot, and Tanzmeister in Ariadne auf Naxos. In the fall of 2011, Brad was a featured soldier in the world premiere of Kevin Puts’ Silent Night and covered the principal role of Nicklaus Sprink, a role he sang at the last minute on opening night from the side of the stage to rave reviews.

On the concert platform from 2008-2017, Brad has been a guest soloist with Schubert Club, Minnesota Orchestra, Mankato Symphony Orchestra, Orchestra Seattle among many more professional organizations. He has also been a performer and faculty member for the summer music festival Musica belle Marche in Urbino, Italy.

Brad began his training at a very young age and caught the opera bug when was a member of the Children’s Chorus at Lyric Opera of Chicago. His studies took him to the Chicago Academy of the Arts and he has received degrees from Loyola University New Orleans and Chicago College of the Performing Arts.