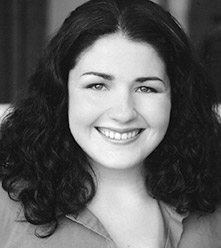 Sarah Sipll is an active performer and music educator in the Chicagoland area. She is a student of .lvaro Ram.rez, and is a resident artist with da Corneto Opera, where she was featured as the High Priestess in the 2008 production of Verdi’s Aida, and will be performing the role of Fiordiligi in their upcoming production of Cosi fan tutte. Recently, Sarah was the Second Place Winner in the 2009 Concurso International di Canto Sinaloa in Culiac.n, Mexico, a featured soloist with the Mexico City Philharmonic Orchestra and will be presenting an all-Wagner concert in 2010. Additionally, Sarah teaches K-8 general music in both the public and private sectors, and serves on several curriculum development committees.