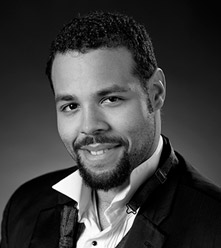 Tenor Eric Wassenaar, is an alumni of Sugar Creek Opera’s 2013 Danis Wilson Apprentice Program; he sang Lenny in Of Mice and Men and Sam in Susannah. Earlier this year, Mr. Wassenaar sang the role of Gabriel von Eisenstein in Die Fledermaus. Prior roles include Mr. Snow in Carousel; Rinuccio in Gianni Schicchi; Tamino in The Magic Flute with The Opera Theatre of the Rockies and with The Sounds of South Dakota. Mr. Wassenaar received his Master’s degree in Vocal Performance from University of Colorado Boulder.