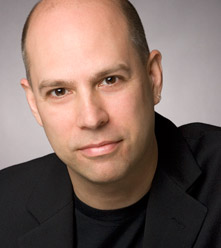 James Lowe is a versatile conductor and pianist who has performed across North America and Europe in virtually every musical style, ranging from classical music and opera to the avant-garde; from musical theater and jazz to rock, blues, and country. He is currently the music director and conductor for the U.S. National Tour of Cameron Mackintosh and Trevor Nunn’s acclaimed West End production of My Fair Lady, and he recently conducted the First National Tour of Adam Guettel’s Tony Award–winning musical, The Light in the Piazza. For several seasons he was associate conductor at Houston Grand Opera, where he conducted and orchestrated a portion of the fiftieth anniversary gala concert with Sir Elton John. He conducted the 2003 world premiere and the 2004 revival of The Little Prince, an opera by Academy Award–winning composer Rachel Portman. At HGO he has also led Carmen, Le nozze di Figaro, Die Entführung aus dem Serail, Jake Heggie’s The End of the Affair, and the HGO Studio production of Copland’s The Tender Land.